AMD Teaches Halo Gamers How to Master the Chief

Damage was engaged to create a campaign that celebrated how hardcore Halo gamers can use the AMD Radeon technology to enjoy the ultimate experience. But there was a catch. Only an extremely limited number graphics cards were produced, so we needed to sell the experience they made possible, not the cards themselves.

With that goal in mind, we created a streaming content series: AMD Advanced Combat Exercises (ACE). 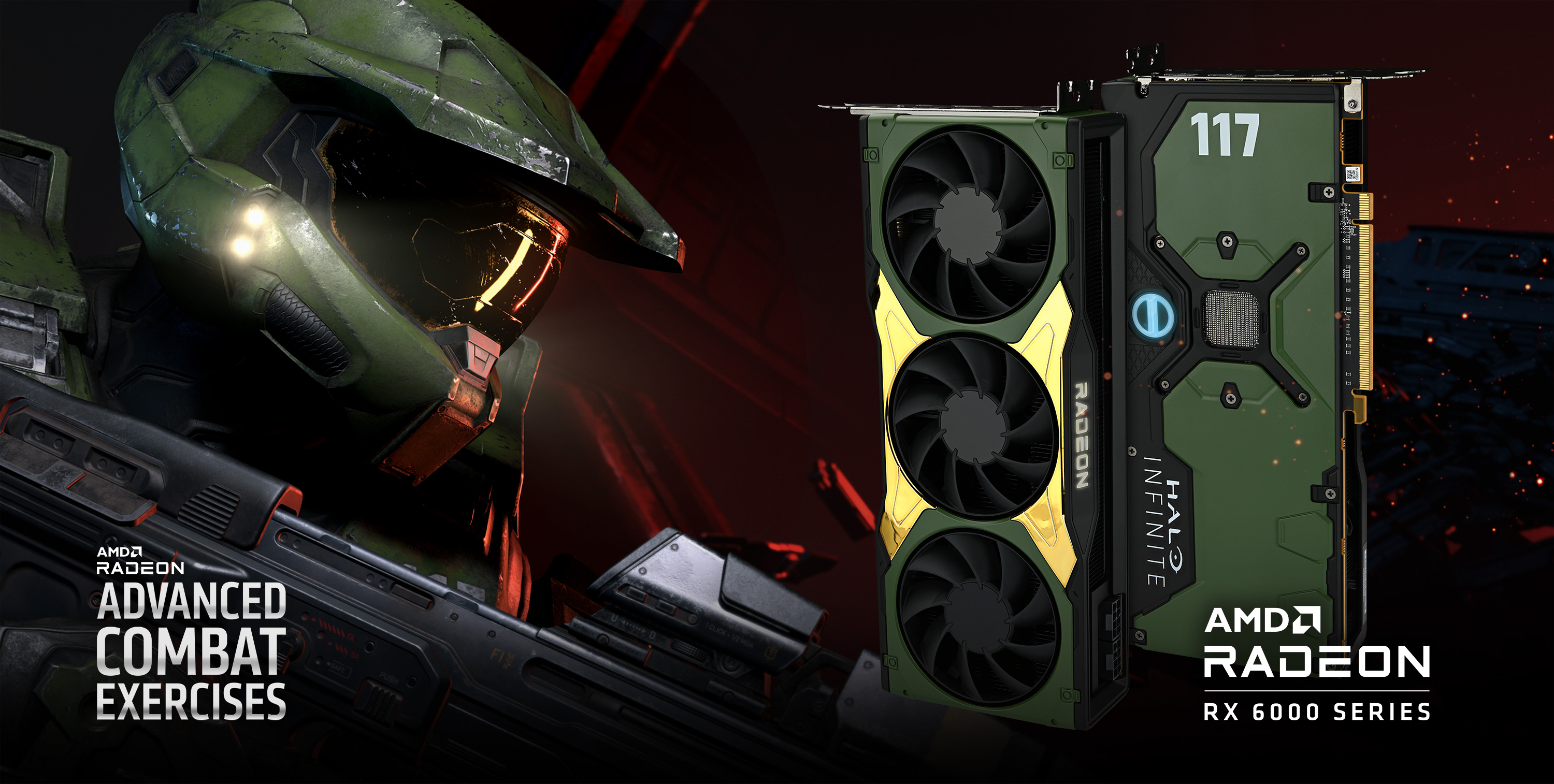 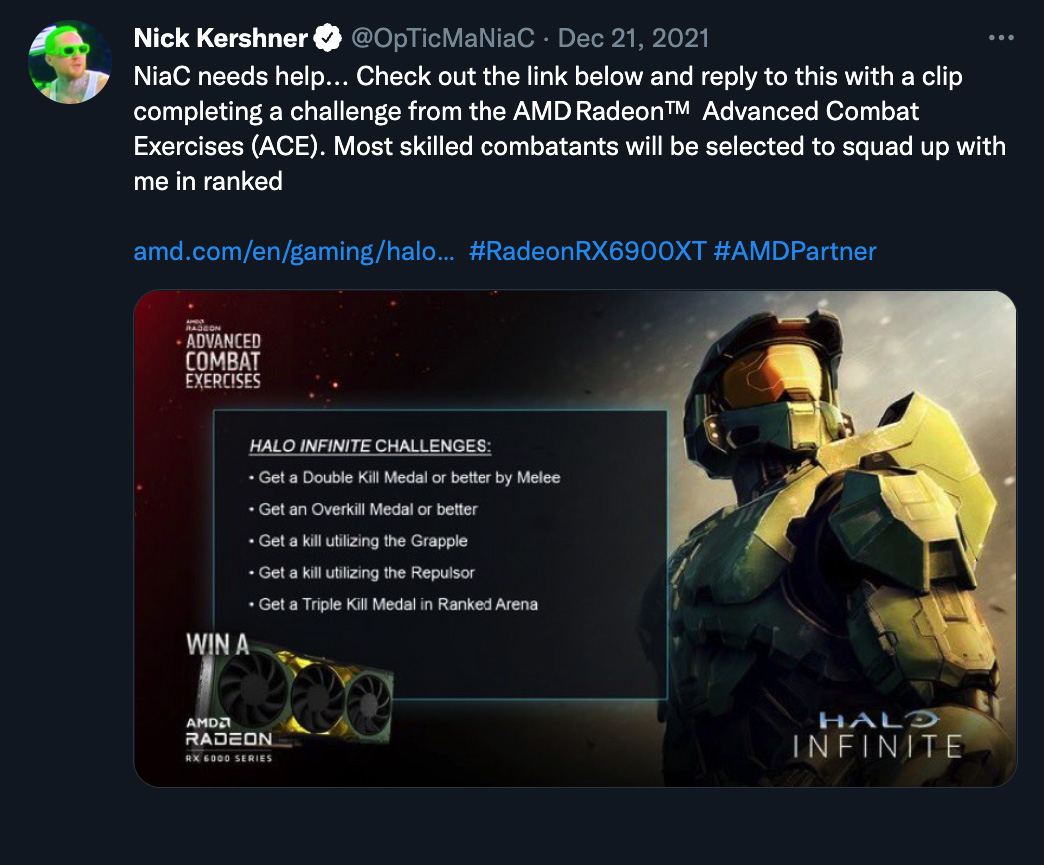 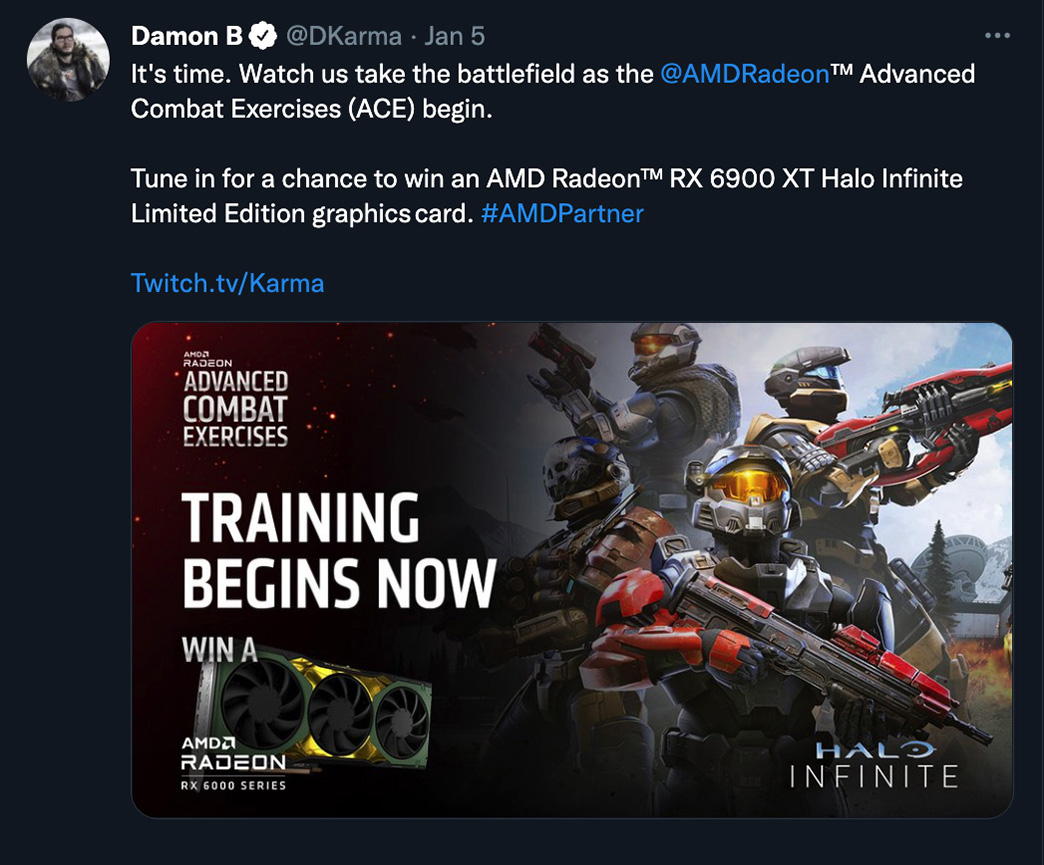 We began by enlisting a pair of Halo pros to help us audition and identify elite members of the Halo community via social media. Once the select squads were chosen, they joined the pros in four sessions of intense training and competition using the new graphics card, where the pros gave tips and expertise on how to get the best out of the game and the players own talent. The experience culminated in the two squads battling head-to-head in a quest to prove who was the best. These sessions were broadcast live on influencers’ Twitch channels and demonstrated both the capabilities of the AMD Radeon RX 6900 XT GPU series, as well as the skills the viewers themselves needed to take their own game to the next level.

The multifaceted campaign was an unqualified success, garnering over 42M media impressions with hundreds of thousands participating in the sweepstakes. Not only did it boost awareness and excitement of the game, it also inspired Halo gamers to seek out the entire AMD Radeon RX 6900 XT GPU series for their own high end play and established ACE as a program that AMD can use for collaborations with other games in the future.