A Duel For The Ages

Konami asked us to help celebrate the 4th anniversary of Yu-Gi-Oh! DUEL LINKS with an overarching creative concept that exceeds last year's mobile game downloads. So we captured in the excitement of the Yu-Gi-Oh franchise characters and created a one-of-a-kind marketing activation to bring to life a Duel for the Ages!

​First, we worked with 3 influencers who acted as mini-bosses before the main event. 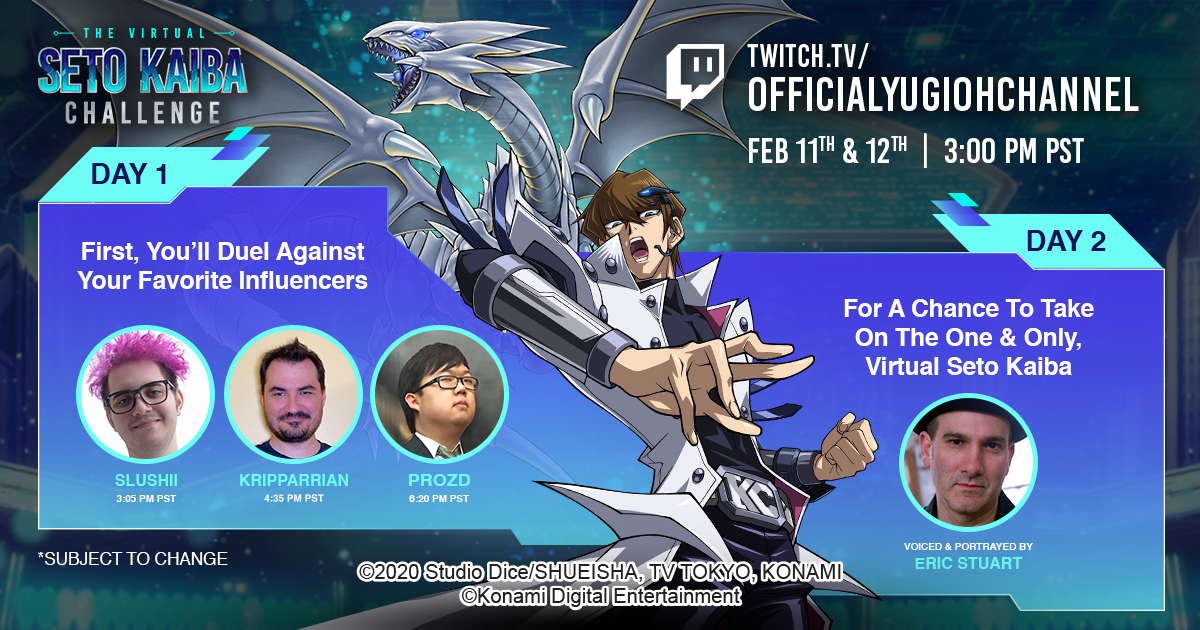 Then, we brought to life one of their most iconic characters of their biggest franchise: Seto Kaiba of YuGiOh! Himself to duel with fans.  Fans competed for prizes against Kaiba himself, who taunted, engaged and dueled fans in real time, utilizing character animator technology, as well as working with actual voice talent of the long running show. ​​

The experience rolled out across social and Twitch with tons of fanfare both digitally and IRL. The results were staggering, surpassing benchmarks set across Twitch/Social and exceeded all measurable forecasts. ​And here are what the fans are saying: 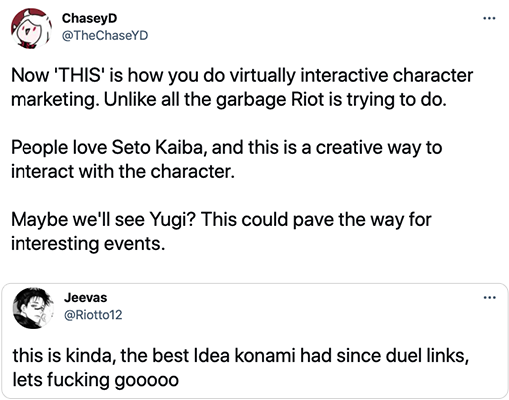